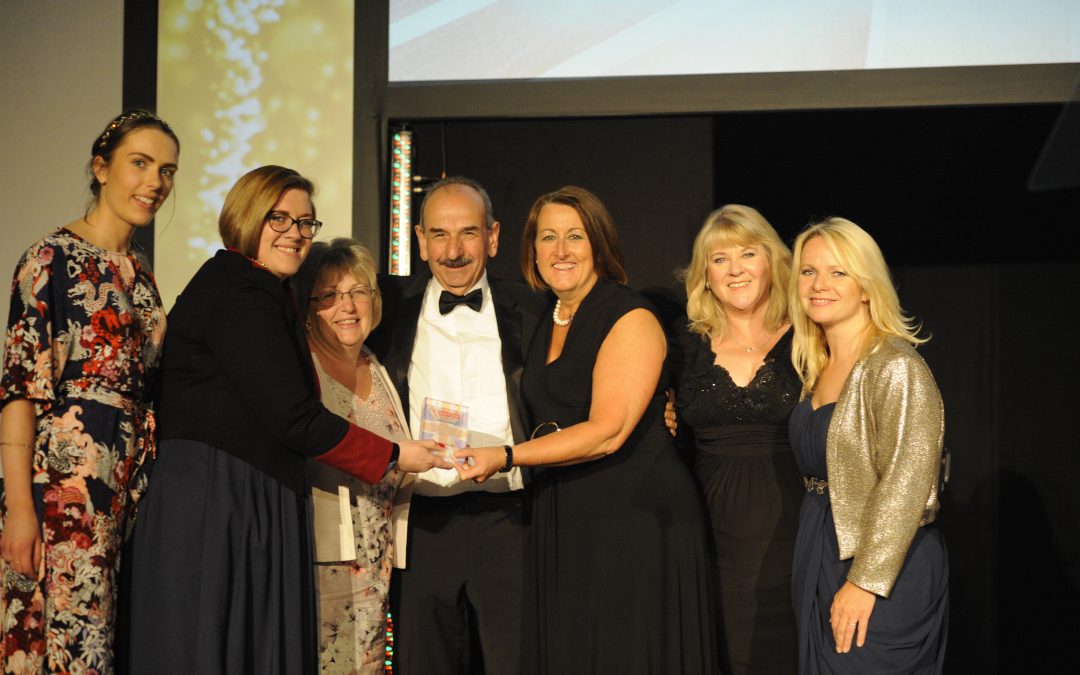 The NHS is seeing great value from supporting servicemen and women as they look to begin a meaningful second career, with its Step into Health programme scooping the Initiative of the Year gong at last year’s British Ex-Forces in Business Awards.

The NHS is the UK’s largest employer, with around 1.5 million people keeping our nation’s public health service ticking. As part of its efforts to ensure a strong inflow of suitable talent into its hugely distributed network of trusts and practices around the country, the NHS has recently embraced somewhat of an untapped pool of talent.

Each year, between 14,000 and 16,000 servicemen and women leave the British Armed Forces. The result is a rich source of qualities and experience available to the wider UK workforce. However, with ex-forces personnel landing in an open jobs environment for the first time and hiring managers often lacking understanding of just how transferable military skills and values are, many service leavers can find the transition challenging.

Seeing this as an opportunity to both support service leavers and attract some great talent, NHS Employers launched Step into Health, the first dedicated programme to offer a career access pathway from the military into the NHS. With a dedicated website and a strong community of engaged organisations, Step into Health highlights the NHS as an employer of choice for those within the Armed Forces community.

Headed up by Gemma Wright and designed in conjunction with the Royal Foundation and Walking with the Wounded, the programme began as a pilot at Norfolk & Norwich University Hospitals NHS Foundation Trust in 2014. Following this success, four further trusts joined the pilot, offering career insight days and work experience placements for ex-service personnel, and supporting potential candidates to apply for job vacancies.

“I come from an Armed Forces family, but any previous perceptions of veterans I had have been blown out of the water because of the hugely diverse range of people we’ve dealt with through the programme,” Gemma says. “They include those who have been in the service for all of their adult lives and are looking for a senior position, to early service leavers or wounded, injured and sick servicemen and women looking to retrain in something completely different. Their needs, requirements and skill mix is so vast. Add to that veterans’ families too, I hadn’t appreciated the sheer breadth of this community.”

Since 2016, the NHS Employers organisation has been tasked with rolling out the programme across the whole of the NHS, supporting the employers that take part and ensuring it is embedded into their recruitment strategies. They are supported through a series of web based resources looking at how to recruit from the community and the Step into Health team engages within NHS organisations through Armed Forces networks and individually.

Step into Health’s official national launch took place in January 2018, attended by the Duke of Cambridge, and NHS organisations within every region of England are now actively engaged, with plans to support roll-out into Scotland, Wales and Northern Ireland. Last November, 25 acute hospitals across England were accredited as ‘Veteran Aware’ by NHS Improvement after going through a robust accreditation process. To be eligible, the trusts demonstrated that they train relevant staff to be aware of veterans’ needs, provide leaflets to veterans and their families explaining what to expect, ensure the community does not face any disadvantage when accessing NHS services, and signpost veterans to extra services provided by military charities or service organisations.

“It’s grown massively in the last few years,” says Gemma. “Over 500 people have been employed through the programme with the NHS, and that’s across a whole load of different skills and job roles – from senior managers to entry-level healthcare assistant roles. We’re now also reaching into the spousal community as we recognise they have their own specific challenges in building a career alongside a serving partner. It’s developing and continues to evolve but has achieved a huge amount in its short time.”

One of the reasons the programme has been successful is due to the strong synergies between military values and NHS values. Savvy employers across all industries are realising that the values gained by people in the Armed Forces are tremendously valuable to businesses, even if they don’t necessarily have the specific skills or sector experience noted on a conventional job placement. This is even more apparent in the NHS because of some of the key similarities around why people join in the first place.

“It comes back to that desire to serve your country. That never leaves them. If they’ve been in the forces for two years or 20 years, that’s still ingrained within them, and that they want to continue in public service is the thing that quite often pulls them into the NHS. There are also the shared skills around leadership, communication and problem solving, as well as the ability to not be fazed by change and not be shaken by major incidents.

“We never know what’s coming through the front door of our A&E departments or what’s going to happen to a patient that presents with one condition and then quite quickly spirals into another. The ability to see the bigger picture and not be shaken by that is massively valuable to the NHS. The transition between working in the military and the NHS can sometimes take some time, but making connections and having a mentor or a role model is really helpful. Anyone from the community interested in a career in the NHS will be able to register on the website, say what skills they’ve got, what areas and locations they’re interested in, and our employers will be able to reach out to them directly.”

Step into Health scooped the Ex-Forces Initiative of the Year award at last year’s British Ex-Forces in Business Awards, the world’s largest celebration of veterans in second careers and a programme committed to highlighting the success of service leavers across all sectors. Despite many service leavers going onto highly successful second careers, visibility of such role models has historically been lacking. Last year, the awards showcased the achievements of nearly 300 veterans and reservists at events in London and Glasgow attended by more than 1,400 business leaders and over 450 employers.

“Role models are vital,” Gemma says. “Leaving the Armed Forces can be quite a daunting experience and if you see someone you identify with succeeding in a second career, that can be very powerful. That ability to be able to see yourself in somebody else is massively positive. We encourage our employers in the NHS to create internal networks. If they’ve got a new joiner, they can link them up with a buddy. Or if they’re doing an insight day or recruitment event, it’s really effective to have NHS employees there who used to work in the forces so we can make the transition seem not so scary.

“The need to recruit from our domestic community, particularly with Brexit on the horizon, has never been higher. Reaching into the homegrown skills we’ve got is absolutely vital. For employers, bringing in skills that have been grown within something that the country is already invested in is almost a guaranteed return on investment. Getting organisations to think a little bit differently and changing the workforce profile can definitely add value to employers.”

Why business role models are so important for service leavers