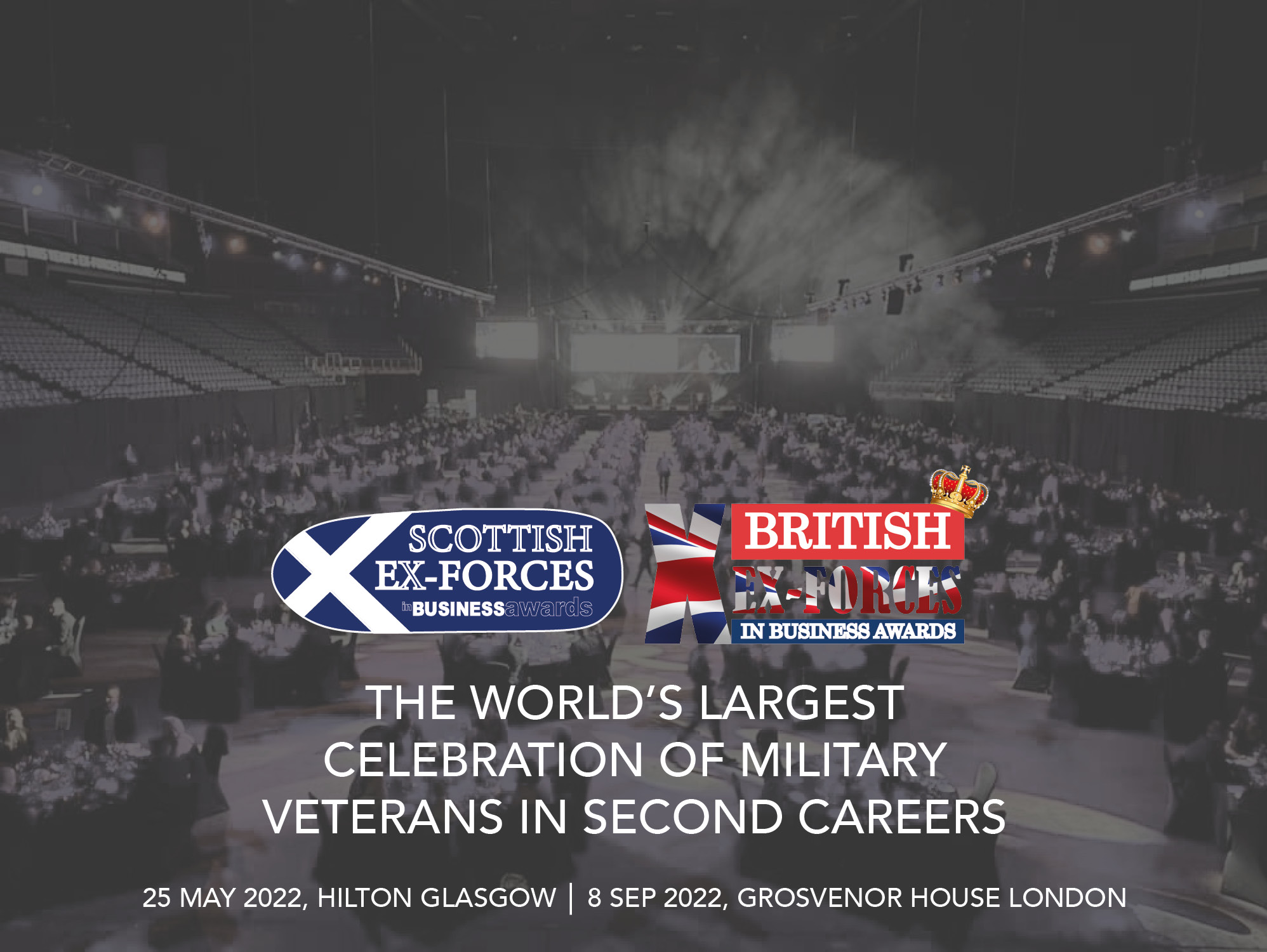 The Ex-Forces in Business Awards is the world’s largest celebration of ex-military in second careers – recognising the value veterans add to businesses as well as the employers that support the transition of servicemen and women.

Servicemen and women spend years adapting to roles and gaining valuable skills. They develop qualities that are hugely adaptable to commercial environments and in demand in the business world, but communicating the transferability of those skills to employers can be challenging. Increasing visibility of role models – military veterans who have carved out successful second careers – is crucial to not only empowering and inspiring current and future service leavers, but to educating employers on the value of supporting the transition of servicemen and women.

Founded in 2017 by Disruptive Media Group, and with editions in London and Glasgow, the Ex-Forces in Business Awards is the flagship platform globally for providing that visibility by celebrating the achievements of veterans in the wider workforce and promoting the strong synergies between military values and business excellence. The awards highlight the military-gained skills and qualities that have helped enable their business achievements and recognises the organisations that have supported them.

These exciting, high-profile awards ceremonies not only gather business leaders and veterans to honour the winners, but also bring together top companies and other stakeholders to advance dialogue and share best practice around the benefits of ex-forces employment initiatives, and ultimately promote the significant value that military-gained skills can provide to the UK economy if better utilised across the workforce.

On 25 May 2022, the third annual Scottish Ex-Forces in Business Awards took place in the Hilton Glasgow’s Grand Ballroom, bringing together 450 business leaders and veterans. The Scottish awards were hosted by TV presenter and former Royal Marine Commando JJ Chalmers, who introduced keynote speakers Keith Brown, Cabinet Secretary for Justice & Veterans, and Koral Anderson, Chief Procurement Officer and Site Head for Scotland at Barclays, as well as a programme of live entertainment.

Guests at Ex-Forces in Business Awards events have enjoyed special entertainment that includes live singers, showcases from the Team BRIT racing team and an original Hawker Typhoon Napier Engine, and performances from the likes of the Countess of Wessex’s String Orchestra, the Royal Scots Association Pipe Band and the Military Wives Choir.

AT A GLANCE. The Ex-Forces in Business Awards in 2021: 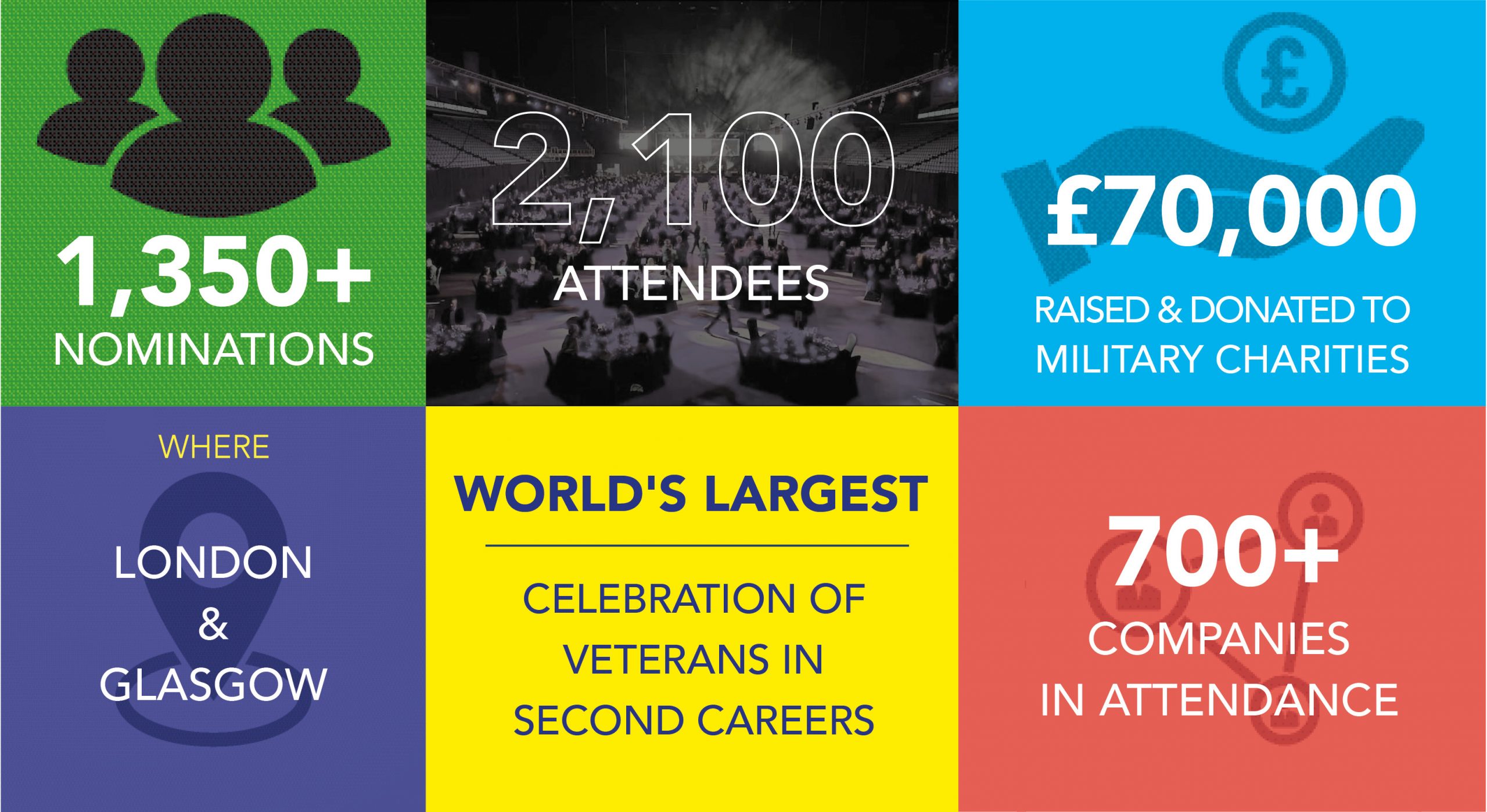 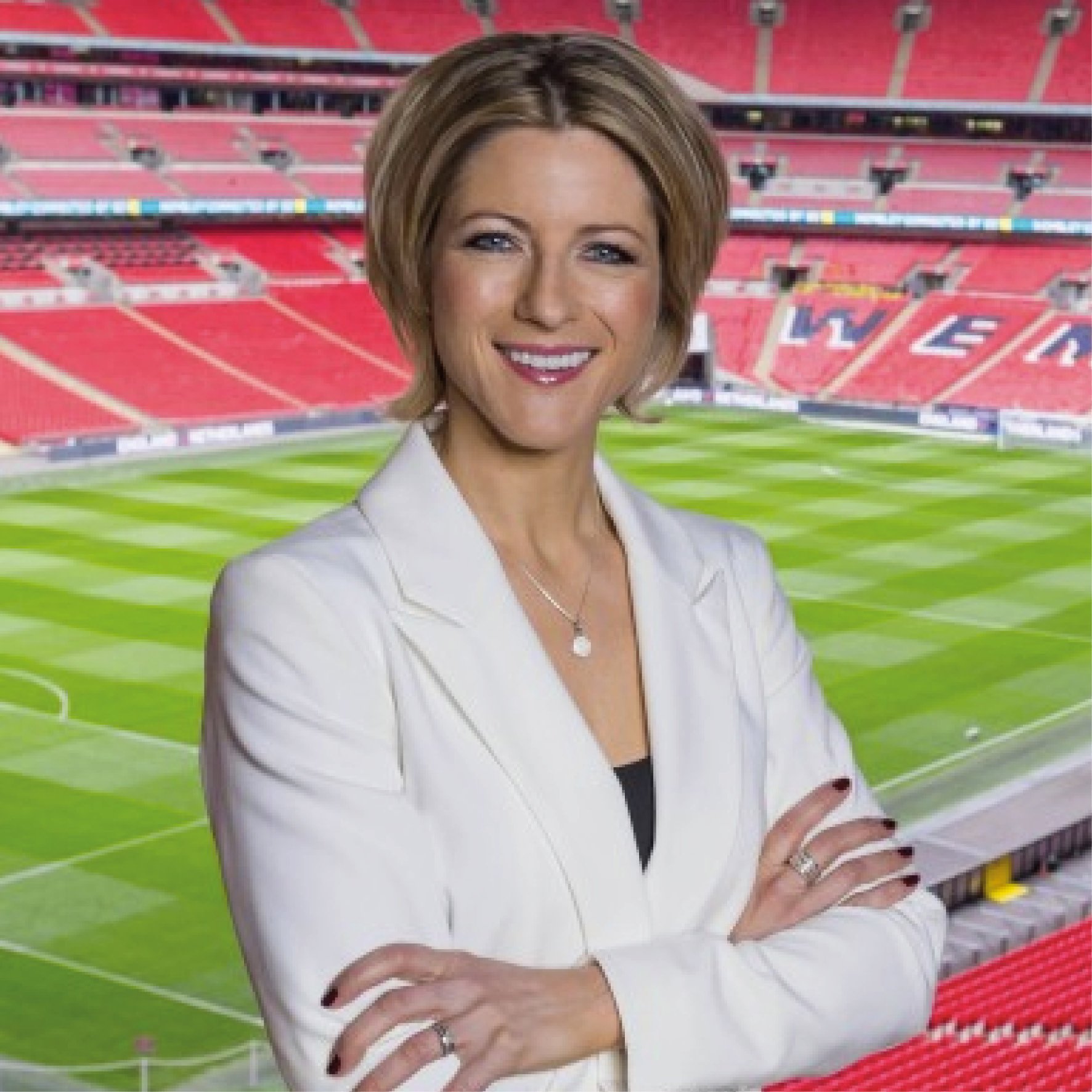 Jacqui Oatley MBE is a leading sports broadcaster on Sky Sports, ITV and the BBC. Since becoming the first female commentator on Match of the Day in 2007, Jacqui has gone on to present and commentate on the biggest football tournaments worldwide, including World Cups, Euros and the Olympic Games. She is now presenter of the weekly Sunday Supplement football show on Sky Sports. Away from football, Jacqui presents ITV’s darts coverage as well as the sports news on BBC Radio 4’s Today programme. She has also reported on tennis, golf, rugby league, snooker and the Queen’s Diamond Jubilee parade for the BBC. 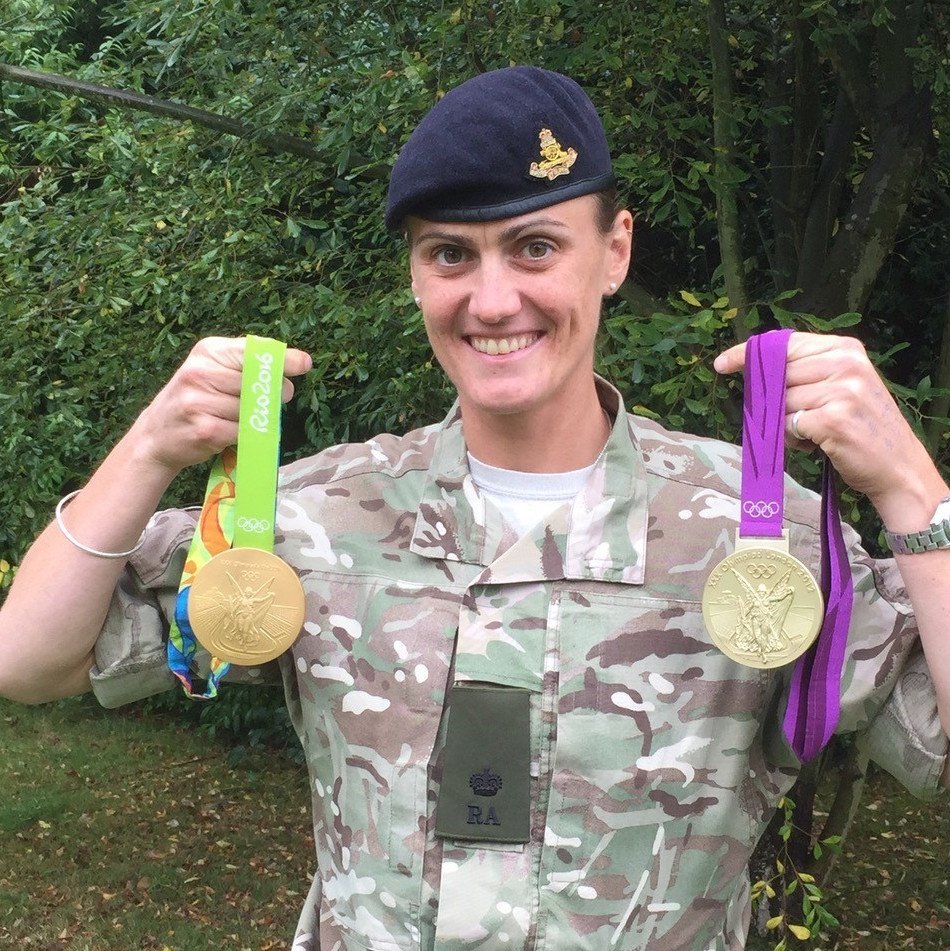 Army officer Heather Stanning was the first British female, along with her partner Helen Glover, to win an Olympic gold medal for rowing at the 2012 Olympic Games in London. After completing a tour of Helmand Province in Afghanistan, Heather rejoined Helen to become World and European champions and then retain their Olympic title with another gold at the 2016 Games in Rio de Janeiro. When Heather retired from international rowing in November 2016 to concentrate on her military career, she and Helen were ranked the top female rowers in the world. She continues to serve as a Major in the Royal Regiment of Artillery. 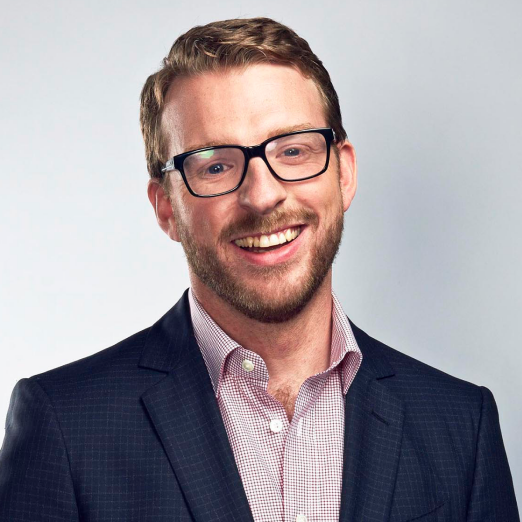 JJ Chalmers is a former Royal Marine Commando who served on the frontline in Helmand Province, Afghanistan. He was wounded by an Improvised Explosive Device whilst on foot patrol in a blast that claimed the lives of two of his friends, and has since been through hundreds of hours of surgery and endured months of specialist rehabilitation. In the 2014 Invictus Games, JJ captained Team UK’s Trike Cycling team, which brought home eight medals, and he personally won a Gold and Bronze for Recumbent Cycling and a Bronze in the 4x100m track. He’s a firm fixture in BBC Sport’s live presenting team and part of the BBC ceremonial coverage team covering events such as Trooping The Colour and The Lord Mayor’s Show. 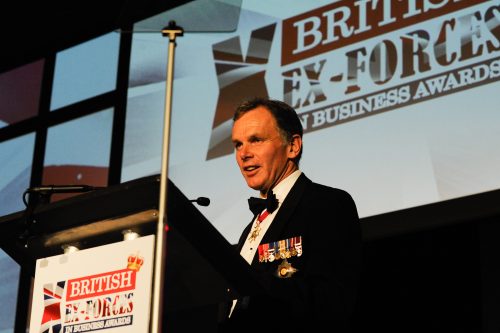 “SSAFA, the Armed Forces charity is delighted again to be the charity partner of the Ex-Forces in Business Awards. I congratulate all those nominated in the various categories, and especially those who have collected an award; you should all be extremely proud of what you have achieved, not least by highlighting the values and qualities veterans bring to society after their military service. The Awards are an excellent way to recognise the linkages between the Armed Forces and businesses, large and small; those who organised this celebration of success, culminating in a superb evening, have done a wonderful job, particularly given the additional challenges presented by the pandemic. SSAFA is thrilled that nearly £70,000 was raised in 2021 to help us continue our support to the Armed Forces community; on behalf of our clients, thank you all very much for your generosity.”

A message from seven-time Formula One World Champion Sir Lewis Hamilton to the finalists of the Ex-Forces in Business Award.

The shortlist is unveiled for the 2022 Scottish Ex-Forces in Business Awards, as the largest celebration of veterans in second careers prepares for its annual Glasgow celebration.

The exceptional value that military veterans bring to employers across all industries was on strong display last night as the world’s largest business celebration of the ex-forces community returned to London for its fourth annual outing.

The flagship programme showcasing military veterans’ achievements in second careers has released the shortlist for its third annual UK awards.