Why business role models are so important for service leavers 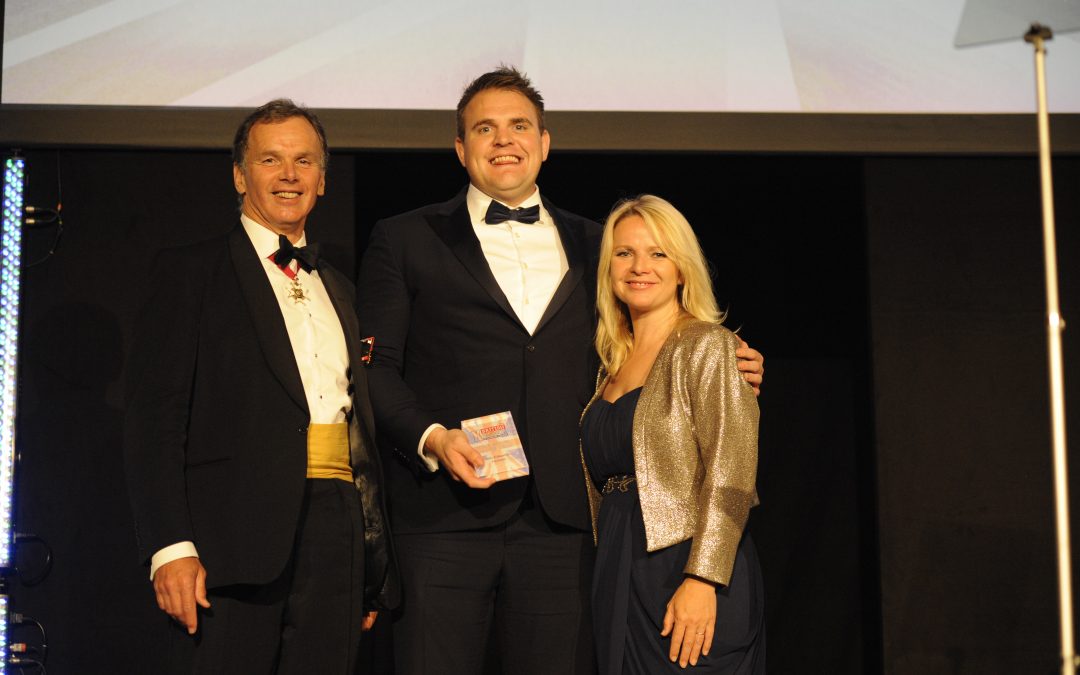 We catch up with Facebook’s Ben Edwards, winner of the Role Model of the Year award at last year’s British Ex-Forces in Business Awards, to discuss the importance of mentorship.

As the world’s largest programme dedicated to increasing visibility of business role models for service leavers, naturally one of the most coveted awards on offer is that of the Role Model of the Year. This prestigious award recognises a former serviceman or woman who has not only excelled in their own transition to a successful second career, but has dedicated much of their time to being an effective role models to others too.

The winner of last year’s Role Model of the Year award at the British Ex-Forces in Business Awards in London was Ben Edwards, a protective intelligence manager at social media giant Facebook. The judges noted his considerable efforts to being a strong mentor to other service leavers and his unwavering enthusiasm for helping them in their transition journeys from the forces, alongside a demanding day job at Facebook.

As a volunteer mentor through the Veterans Employment Transition Support (VETS) programme, Ben provides advice and mentorship to service leavers, reviews their CVs and provides guidance and industry contacts to help with their job search and career pathing. Several of his mentees submitted citations to nominate him for the award.

One of those who nominated him said: “I did not know Ben during my time in the military and we wore different cap badges, however I have no doubt that I would have been proud to have served with him and would have called him a brother. He epitomises what makes veterans so valuable, he connects with people on their level and through doing so creates bonds and relationships which enable people to achieve their full potential. He has all four and more of the elements of commando spirit: courage, determination, cheerfulness in the face of adversity and of course unselfishness.”

Ben joined the Armed Forces straight from school, spending five years in the Royal Navy between 1998 and 2003. During that time, he was responsible for ensuring above-water combat systems and radars met a wide range of needs for surface and anti-air warfare. He was also involved in a peacekeeping intervention deployment in Sierra Leone.

It was his passion for rugby, playing for the Navy under-21s team, that eventually saw him leave the forces to play for Plymouth Albion. Later in 2003, he joined the Metropolitan Police as a police constable and continued playing National League rugby in London for Sutton & Epsom. During nine years in the Met Police, Ben spent time in the Territorial Support Group and then his final three and a half years as a detective.

Although rugby was a major part of his decision to leave the Navy and he moved into a role with the police that had certain synergies with his military service, Ben still admits to finding the transition difficult. In particular, he no longer had his military support network around him, which was something that was very important to him having been in the Navy during his key developmental years between the ages of 16 and 21. However, keeping connected with his military friends helped that transitional process.

“I was very much still engaged with my military friends and still am now,” he says. “That really helped with my transition and I think those that don’t keep those connections are sometimes the ones that end up struggling and perhaps falling down. You can struggle because the environment you were in heavily differs to the environment you go into.”

Following 14 years in the public sector, Ben was keen to prove himself in the private sector. This transition was initially softened by first taking a role as a regional finance security and investigations manager at the Post Office, which while privatised still had a number of government aspects to it. Since then, he has delved fully into the corporate world through security roles at Ralph Lauren and HP, up to his current role as a protective intelligence manager at Facebook, dealing with threats or risks to executives.

Ben believes passionately in the Ex-Forces in Business Awards’ mission to increase visibility of role models, and that it continues once services leavers are employed. At Facebook, he is currently working with the HR department to build global programmes that help support veterans. While it’s great hiring veterans into roles, he says it’s equally as important to recognise that they might need additional areas of support in order to keep them on track and become more effective in a corporate working environment.

“Visibility of role models is so important because it shows what can be achieved,” he says. “Sometimes, people leaving the military can lose themselves. Some can be very confident and battlefield-driven, for example, but then leave and feel completely isolated without the skills needed to succeed. If they can’t identify a career path because that visibility isn’t there, they can feel useless. It’s something I see time and time again.

“Seeing people from a similar background to them who have transitioned successfully is hugely important. It shows there is hope and that you can do it. A lot of the mentoring that I do is just chatting and discovering what career paths their skills lie in and what they actually want to do in a second career, and then supporting them. Once they’re placed in a role, it’s then important to continue to support them in the workplace.

“There are a growing number of veteran recruitment programmes but then a lot of employers don’t know what to do with them when they’re in the job. It’s important that somebody who has been recruited from the forces who might then be struggling is able to connect with another veteran in the organisation, who isn’t their manager, to put them on the right track before going down the lines of HR and it being a failure to the veteran who has not transitioned correctly and becomes a HR statistic. We need to bridge that gap.”