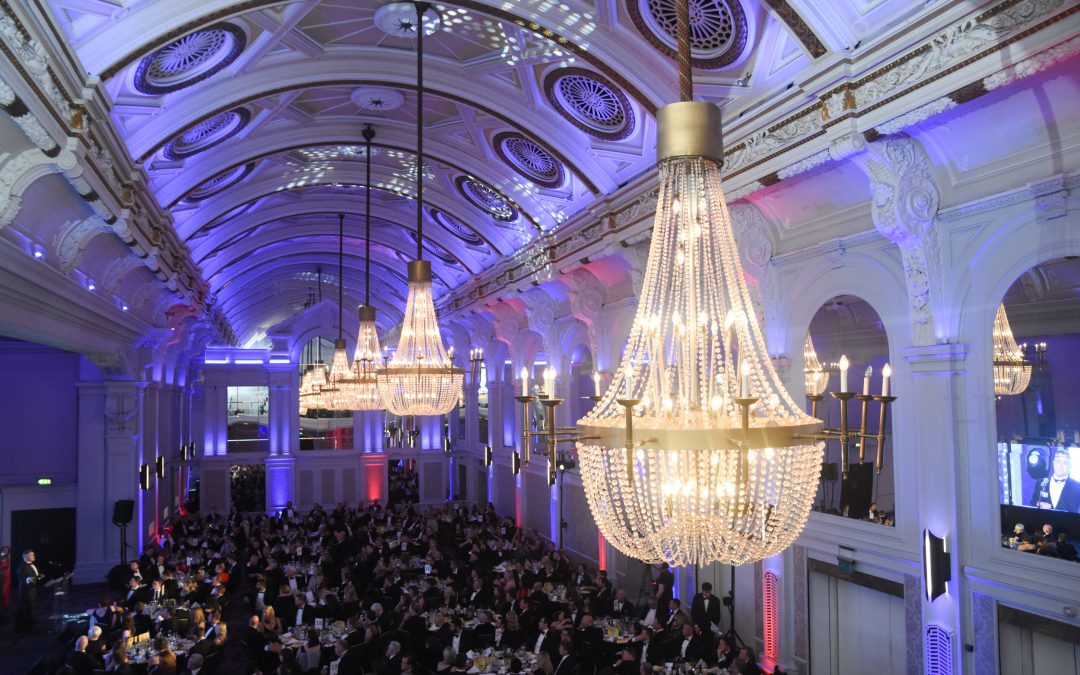 In a rare appearance at the inaugural British Ex-Forces in Business Awards, former SAS soldier and bestselling author Andy McNab called on UK employers to provide more support to servicemen and women when they leave the military.

SAS veteran Andy McNab has called on companies in the UK to recognise the transferable skills of military service leavers and provide them with more employment and training support.

Speaking during a rare public appearance at the inaugural British Ex-Forces in Business Awards in London, the former Special Forces soldier and author of Bravo Two Zero said it’s “vital” employers understand the value military-gained skills can provide to them.

Each year over 16,000 servicemen and women leave the military. Despite having developed transferable skills that are in demand in the business world, many find the process of resettling to civilian life and starting a new career a difficult period.

“It’s time that employers across the UK, large and small, truly recognise the transferable skills that servicemen and women gain during their time in the military,” McNab said. “More than just doing the right thing for veterans who have served their country in the Armed Forces, this is about utilising a unique set of finely honed qualities to help plug the numerous skills gaps that are holding back our economy on the global stage.

“Transitioning back to civilian life after leaving the military can be extremely difficult. But service leavers don’t want sympathy – they just want a chance. Giving them that break and lending them a helping hand when they need it during their resettlement period will pay off massively for employers in the long run, not to mention the UK economy as a whole.”

The British Ex-Forces in Business Awards, held in association with AWS, is dedicated to uncovering the achievements of ex-forces personnel who are now excelling in business, presenting them as important role models for service leavers and showcasing the military-gained skills that have enabled their business success.

The awards ceremony gathered 500 business and military leaders at the De Vere Grand Connaught Rooms to raise awareness of resettlement issues, encourage new ex-forces employment schemes and promote the value that military-gained skills can provide to the UK economy if better utilised across the workforce.

“We are thrilled to see so many talented military veterans recognised for their outstanding achievements in business,” said Gavin Jackson, UK managing director at AWS. “We find that many of the qualities that are foundational to military service are invaluable for our own organisation. Hiring transitioning military veterans and military spouses is a fantastic opportunity for any company to grow its talent pool, and we are proud to support the British Ex-Forces in Business Awards which extol the virtues of these men and women.”

Award winners at the event included Woman of the Year victor Jane Wainwright, who was the only woman to have a child with a terminal illness whilst continuing to serve and is now director of security and data protection at PwC, and RAF veteran Air Vice-Marshal Jon Lamonte who is now CEO of Transport for Greater Manchester and received the Lifetime Achievement award.

“This is about utilising a unique set of finely honed qualities to help plug the numerous skills gaps that are holding back our economy on the global stage.”
Andy McNab

The ceremony was presented by journalist and broadcaster Julia Hartley-Brewer, who also welcomed entertainment from the Military Wives Choir. Those presenting awards on the evening included General Sir Mike Jackson, who headed the British Army as it entered the Iraq War in 2003, Julian Lewis, Chair of the Defence Select Committee, and Lt General Mark Poffley, Deputy Chief of Defence Staff.

As well as AWS, whose AWS re:Start programme equips service leavers with the latest software development and cloud computing technologies to perform technology roles, other sponsors of the awards included FDM Group, Kuehne + Nagel, PwC, Santander, ForceSelect and Transport for London. Soldier On! was selected as charity partner.

“Servicemen and women develop qualities that are easily transferable to roles in business, yet many employers fail to recognise this or are deterred by common misconceptions,” said Ben Rossi, journalist and founder of the British Ex-Forces in Business Awards. “We all have a responsibility to support veterans where we can, but it’s also important from a purely business perspective that their skills are better utilised. We were overwhelmed by the talent on display in the nominations received for the awards and it was an absolute honour bringing together this special group of people to promote the huge value military veterans provide to businesses in the UK.”

Veterans recognised for their business achievements at launch of new awards