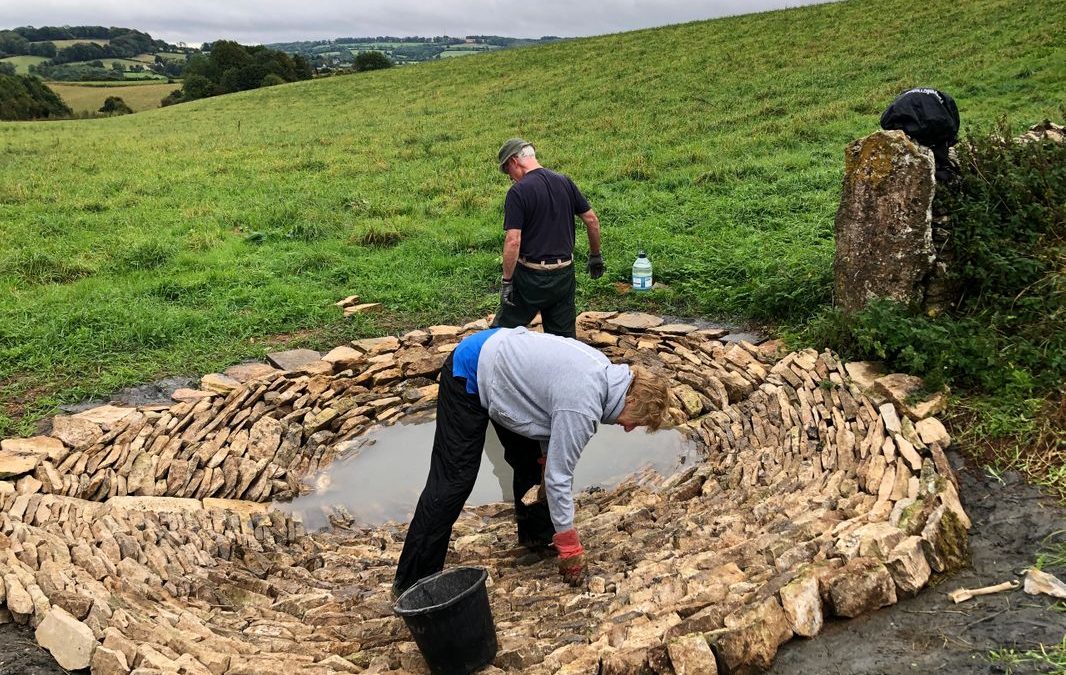 Fiona Galbraith still has the napkin ring presented to her as a new-born by the Sergeants’ Mess of 10 Signal Regiment, which was commanded by her father. Her mother, by then, had retired from the Women’s Royal Naval Service, due to regulations regarding pregnant women at the time, but had spent the preceding years in intelligence support and high-profile staff roles. It was to no one’s surprise when their offspring followed in their footsteps.

After considering all three services, Ms Galbraith opted for the Army as the route with the most variety for a woman in the early 1990s. Upon completing her training at Sandhurst, she fulfilled a 23-year career with the Intelligence Corps, including operational service in Bosnia, Saudi Arabia, Kuwait, Iraq and Afghanistan as well as permanent staff and exchange posts in Cyprus, Germany and across the UK. She commanded 1 Military Intelligence Battalion, bringing them home from Germany to a new role and base in North Yorkshire.

“The tired social-responsibility narrative around why businesses should support veterans is being effectively challenged now by a bold, positive, commercial narrative built on the success of the excellent people exiting the forces every year.”

Her final posting was as an exchange officer with United States Africa Command, during which she took a distance-learning executive coaching course that gave her the tools to “self coach” herself through her resettlement. Being outside the British military system offered her a different perspective on her Army career and it took her about six months of concerted exercises and reflection to come out with two conflicting career-paths: working on land or supporting people to learn.

“The Eureka moment was when I worked out how to combine the two,” Ms Galbraith says. “From there, it was a short journey to finding a Masters course for my ‘year out’, which was not nearly as relaxing as I had naively dreamt but it gave me the springboard to my first commercial role in 2018 as Chief Operating Officer for a national agricultural firm.

“I was told after that successful interview that I was the strongest candidate by some margin, mostly because I had done my research and offered opinions, which the candidates with a lifetime of relevant sector experience had not. That some of my suggestions were unworkable, due to lack of experience in the industry, was overlooked as the directors believed I could learn and then improve them.”

Ms Galbraith attributes the confidence with which she walked into that interview to her time in the Army. “I have no problem agreeing to do something and then figuring out how afterwards,” she laughs. Meanwhile, the skills she had gained as an intelligence officer – sorting, collating, analysing and assessing a raft of data and then offering her considered opinion – had great synergies with what would be required to be a successful COO.

That confidence, along with her desire to bring together her passions for everything rural and helping people learn, also saw Ms Galbraith create Ruralink, a specialist employment consultancy dedicated to improving access and pathways to land-based careers. Having working in the Armed Forces for 23 years, she knew she could help utilise the often-untapped veterans’ talent pool to upskill the rural economy. 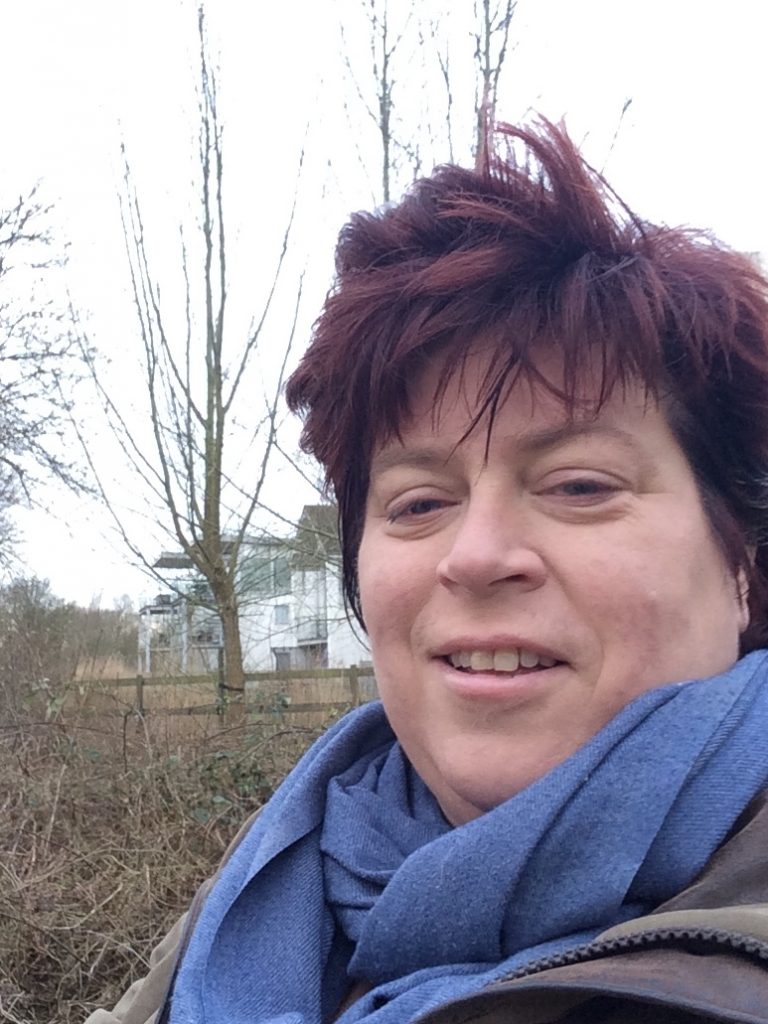 She had also taken the opportunity to conduct a survey of resettling Armed Forces personnel for her Masters dissertation, with the support of the Career Transition Partnership (CTP). The results revealed that even the few service leavers with general interest in a land-based career found so many barriers to pursuing it that the vast majority abandoned the idea very early in the process.

“Agriculture and land management, the two biggest employers in the land-based sector, are suffering a crisis in manpower,” says Ms Galbraith. “The majority of British farming businesses rely on an overseas workforce for both seasonal semi-skilled and regular full time technical and managerial staff.  The combination of Brexit, COVID-19 and a longer trend to a more diversified national appetite is driving a revolution in land use.

“Technology is starting to be leveraged to replace labour, creating whole new career opportunities. Even a traditional farm is locked in symbiotic relationships with up to 120 external businesses, ranging from specialist agronomists through contractors to professional business services. Veterans wishing to leverage their existing military experience can find their ideal gateway job as a team leader, outdoor skills instructor or communications engineer, from which they can build a meaningful land-based career.”

All of one company

Ruralink and its partners seek to inspire service leavers and veterans to enter this sector by providing them with information and experiences and working with them to secure a job. The company then provides a “light touch” mentoring and support service for the first six months in the post as well as facilitating ‘The Rural List’, a peer support network for veterans in the land-based sector to meet monthly and share advice and opportunities.

Having registered Ruralink as a company before even leaving the Army, Ms Galbraith finally committed to running the business full time 18 months ago. Since then, she has worked with over 70 service leavers and several businesses and education providers to create sustainable career pathways in rural industries. The company offers work experience to service personnel during resettlement, designing longer-term opportunities to build real commercial and sector experience even before employment is possible.

“The business is structured to ensure it can offer its core outputs to veterans in a selfless manner. One of my senior officers fought under the banner of ‘all of one company’ and this is the value which underpins what I am building at Ruralink. Not only does that inspire confidence in resettling personnel – it also resonates strongly with the land-based sector, which has no truck with slick marketeers but wants to do business with genuine people exuding integrity.

“The tired social-responsibility narrative around why businesses should support veterans is being effectively challenged now by a bold, positive, commercial narrative built on the success of the excellent people exiting the forces every year. We believe totally in that ethos and the Ex-Forces in Business Awards is a significant contributor to this important narrative which I wholeheartedly support and hope to see continue to grow in the coming years.”

With COVID-19 threatening to thwart Ruralink’s grand expansion plans for 2020, Ms Galbraith’s military-gained resilience has instead shone through and ensured her strategy can adapt. Three bespoke professional transition courses that were set to take place within partner businesses have been replaced by plans for online alternatives. A programme of quarterly insight days for service leavers interested in rural careers has also moved online, along with The Rural List, which was due to spread nationwide with regional chapters.

“In terms of financials, despite significant lost revenues, our annual forecast has been increased during lockdown,” Ms Galbraith says. “Establishing new business partnerships has proven to be surprisingly easy in a new culture where travel is not expected. Ruralink has developed two totally new strategic partnerships in the last eight weeks without a single in-person meeting. Is this a first for the land-based sector? As the rural economy adapts to a new norm for a new century, it is recognising the need to bring in diverse talent.”