Finalists revealed for first ever Scottish Ex-Forces in Business Awards 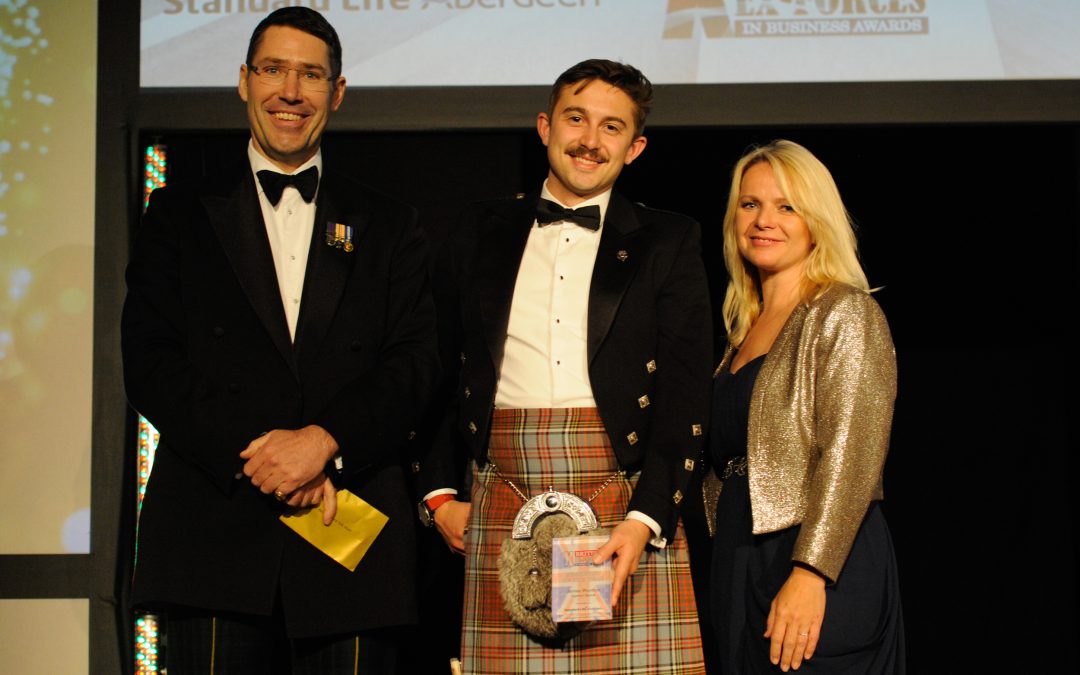 As the world’s largest event celebrating military veterans in second careers lands in Scotland for the first time on 3 December, we reveal the finalists for these unique awards.

The finalists for an inaugural Scottish edition of the Ex-Forces in Business Awards, the world’s largest celebration of military veterans in second careers, are today revealed, showcasing the value that military skills and values bring to employers in Scotland.

Each year thousands of servicemen and women leave the military, forming an attractive pool of talent for employers in other sectors. However, transitioning back to civilian life and finding meaningful employment can be challenging. While many veterans go on to successful second careers, visibility of such role models has historically been lacking.

The Ex-Forces in Business Awards provide that visibility on a national scale by celebrating the accomplishments of veterans across the UK workforce. The awards highlight the military skills and values that have enabled business success and recognise organisations that support the transition of servicemen and women into second careers.

Having taken place in London for the past two years, with the most recent event attended by over 900 business and military leaders and raising £50,000 for military charities, the Ex-Forces in Business Awards will head to Scotland for the first time on 3 December, taking place in the DoubleTree by Hilton Glasgow’s Grand Ballroom.

The finalists for the Scottish edition of the awards were whittled down from over 250 nominations with the winners decided by a judging panel of military veterans including Charlie Wallace, the Scottish Veterans Commissioner, David Watt, Executive Director of IoD Scotland, and Tim Allan, President of the Scottish Chambers of Commerce.

Mr Wallace said: “Many congratulations to all those who have been shortlisted for an award. As the Scottish Veterans Commissioner, I am struck by how these awards do so much to remind our society of the fantastic talent that exists amongst our veterans community. In an age where public perceptions of the military are maybe based on TV programmes rather than reality, these individuals provide heartening proof that our veterans are contributing so positively. I hope it will nudge yet more employers into realising the benefits of employing a veteran.”

The awards ceremony will be hosted by BBC presenter and Invictus Games gold medalist JJ Chalmers who will welcome a keynote address from Graeme Dey, Minister for Parliamentary Business and Veterans, as well as live entertainment from the Military Wives Choir and the Royal Scots Association Pipe Band. SSAFA, the Armed Forces charity, is the official charity partner of the awards.

“Having been involved in the highly successful British Ex-Forces in Business Awards earlier this year, I am delighted that Scotland now has its own version,” said Lt. Gen. Sir Andrew Gregory, CEO of SSAFA. “Congratulations to all of those businesses who have been shortlisted for an award. We are very proud to be associated with this important event which celebrates veteran employment. We are firm believers in the value service leavers and veterans can bring to business. It is very heartening to see so many employers acknowledging the skills and experiences of those who have served their country.”

“I am struck by how these awards do so much to remind our society of the fantastic talent that exists amongst our veterans community.”
Charlie Wallace, Scottish Veterans Commissioner